Screening of the documentary "Myanmar: the Forgotten Revolution" on 31. January

On 1 February two years will have passed since the military in Myanmar seized power in a coup d’état, ousting the democratically elected parliament and government and once again imposing a brutal authoritarian rule. In solidarity with the democratic opposition in Myanmar, and to raise awareness to this often-forgotten conflict, I am cordially inviting you to the documentary screening of "Myanmar: The Forgotten Revolution" by award winning filmmakers Katie Arnold and Evan Williams. The screening will take place 31 January, from 19:00-21:00 in room 1E2, Altiero Spinelli. 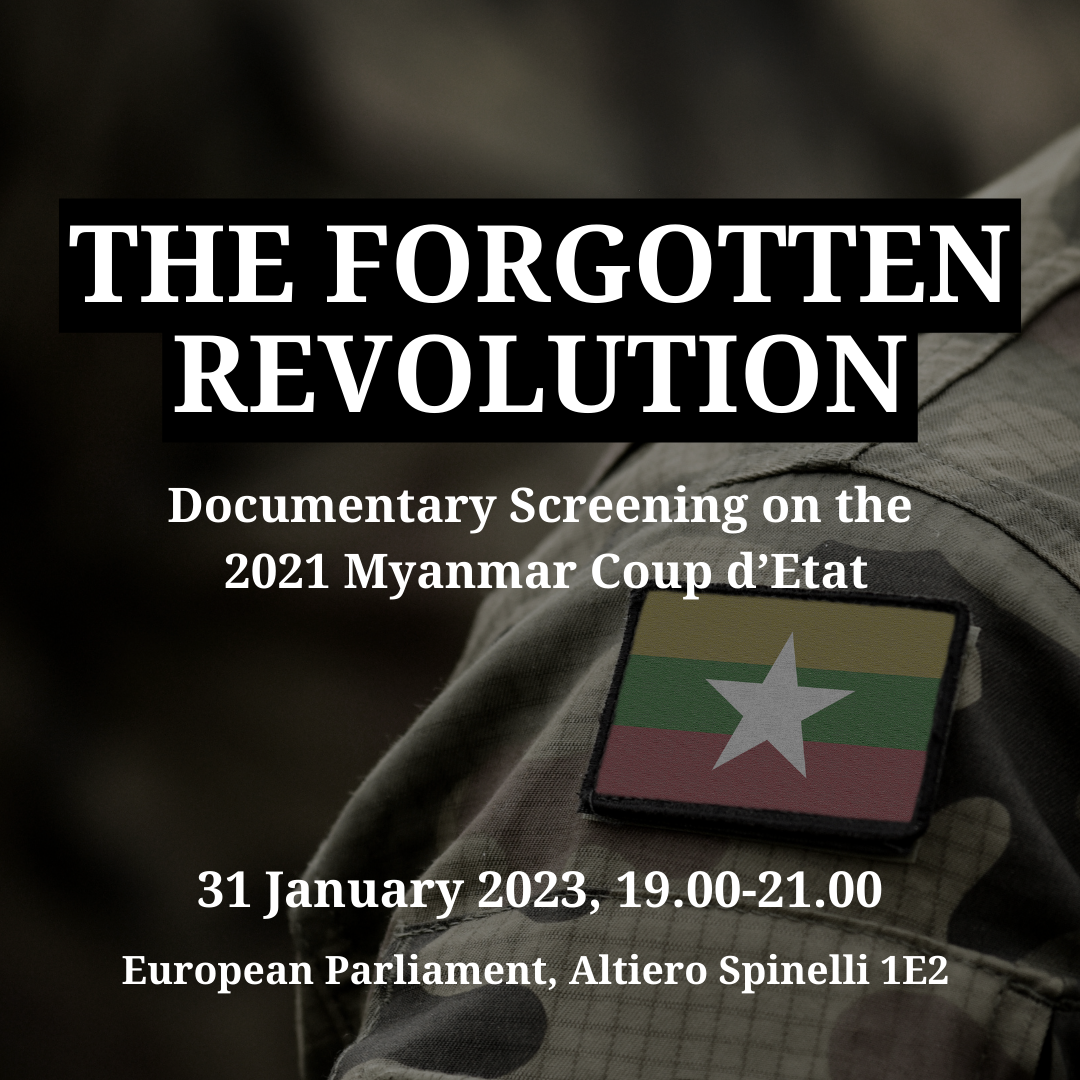 The film makers describe their documentary as follows:

More than 20,000 people are reported dead, air strikes are hitting towns and villages, artillery is pummelling positions of armed resistance, and innocent civilians are being massacred – but this is not Ukraine, this is Myanmar, the world's forgotten civil war. Since last year's coup, thousands of twenty-somethings have taken up arms in Myanmar, and are now risking their lives to fight against a well-equipped military that is brutally holding onto power. Channel 4 Dispatches have been filming since the beginning, working with a network of brave journalists to document this descent into civil war.

“Myanmar: The Forgotten Revolution" reveals the details of three major war crimes perpetrated by the army against its own people, questions the lack of international response, and follows in searing detail as a young generation of peaceful protestors transform into armed guerrillas. Both heartbreaking and revelatory, this film asks what is the point of international mechanisms such as the UN when a nation is forced to take up arms to restore democracy and prevent atrocities.

Director Katie Arnold will introduce the documentary, and following the screening, we will have the opportunity to discuss the situation in Myanmar.

Please find below the draft programme:

19:10 Introduction to the documentary by director Katie Arnold

19:20 Screening of the documentary “Myanmar: The Forgotten Revolution”

I would kindly ask everyone needing accreditation to the European Parliament to please register here by Tuesday 24 January.

I am looking forward to welcoming many of you there!